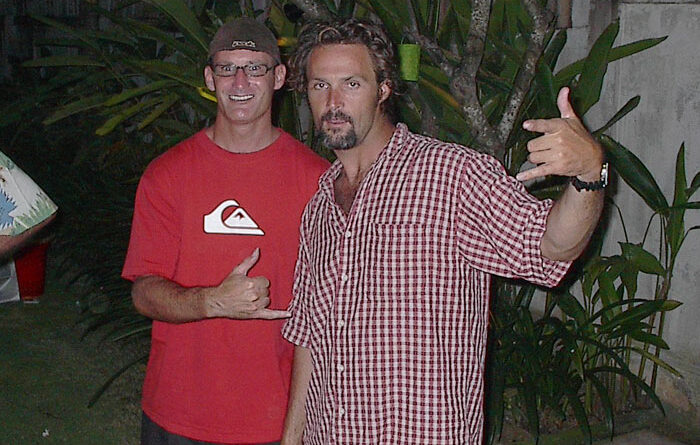 This email was received from a friend on a trip from India and I think it’s brillant. Whenever I get worried about my small problems in life I like to re-read this from time to time.

After a month in India I’m still in Dharamsala. We attempted to leave for
Spiti Valley in the Himalayan high country last night, but didn’t quite make
it to the city limits. The beauty of long-term travel is that I’m not in a
great hurry to get “somewhere” (a lesson I learned from the sagacious Dr
Pomeroy), but the reason for my extended stay in Dharamsala gives me reason
to take pause, evaluate my good fortune, and share it with you all.

My buddy Eric and I prepared to catch the night bus which would’ve put us in
Spiti around 5 am. While waiting for the bus we met some really cool people.
Amongst them was a guy from Hawaii who knows many of my friends back in
Maui; an Israeli couple; and an Argentinian couple with whom I got to
excercise my out of shape Spanish. I was really looking forward to the trip.
We boarded the bus in high spirits and finally got under way around 10pm.

About 5 minutes down the hill we came upon a recent landslide that blocked
over half of the road. In his infinite wisdom, the driver decided to
negotiate the section. I had a window seat that looked down a dark ravine
with no guard rail between the road and the cliff. “We are really close to
the edge,” was all I thought.

In one sickening flash the bus tipped sideways and fell off the cliff.

I was thrown from my seat when the bus went into its first roll. I was
suspended in mid air as the bus bounced and rolled three more times. With a
crunch of steel and glass it came to an abrupt halt and I landed on my feet.

All the windows were blown out and the seats were ripped from there
supports. The body of the bus was smashed like a tin can, but thankfully
didn’t cave in completely. I thought Eric had been crushed beneath the bus.
People were screaming and covered with blood. I went into auto pilot and
began pulling people from the wreckage, checking to see if they were OK. I
couldn’t find Eric, though.

As luck would have it, there is an Indian Army base just up the road from
the crash site; they were on the job within minutes. Just as the first jeeps
arrived I heard Eric yelling to me from up on the road. I’ve never been so
happy to see somebody alive.

Eventually we all were able to crawl into the exploded driver’s cockpit,
kick out the windshield and make way for the injured. I got up to the road
and had a look at myself: I had a cut on my forehead and some really nasty
scratches on my shins. I had to extract a piece of glass from my calf. Eric
was untouched.

I looked down the cliff and saw the reason why we’d stopped so abruptly. The
front end of the bus just barely clipped the edge of a house that stands
some 20 meters below the road. It is the only house within 200 meters in
either direction. Just beneath the house the cliff becomes vertical and
falls away into a river gorge. If that house hadn’t been there I wouldn’t be
writing this e-mail. Period.

Needless to say, we were all in complete shock. People wandered up and down
the road babbling incoherently. Eric took up smoking again. I nearly joined
him. Some sat in the fetal position sobbing uncontrollably. I embraced
complete strangers and helped people into ambulances. I was doing these
things, all the while simultaneously unsure of whether I was dead or having
a nightmare. The cries, the ambulance lights, and blood in my eyes made it
all seem otherwordly.

There were 30 of us on the bus and we all survived. 14 people went to
hospital, including my Argentinian friend who suffered a broken leg. The
driver is in jail.

After the military recovered our gear and took down our names, etc, Eric and
I grabbed a cab back to the monastery where Eric had stored his belongings.
We got there around midnight and decided to get cleaned up. I washed dried
blood and mud from my body. There was ground glass in my ears and hair. My
bloody t-shirt looked like it had been through a cheese grater. After
showering, I walked along the silent footpaths of the monastery beneath a
sky full of stars. That was when the initial shock lifted and I realized I
was alive, really alive.

Was I spared or did I survive? It’s a fascinating question, but I don’t need
to know the answer – not yet anyway. However, I do know this: life is good.
I’m here. And so are you. Seconds quickly turn to minutes, turn to days,
then years. Though I’m still in no hurry you can be sure that I’ll savour
what remains and keep trying to share the wealth with others.

In the end, we decided to take a few days off the road and decompress. But
we head for Spiti tomorrow. Look for us. We’ll be the guys in the
over-priced, air conditioned, soberly chauffered, mechanically sound
private jeep (roll bars, helmets, and air bags included).